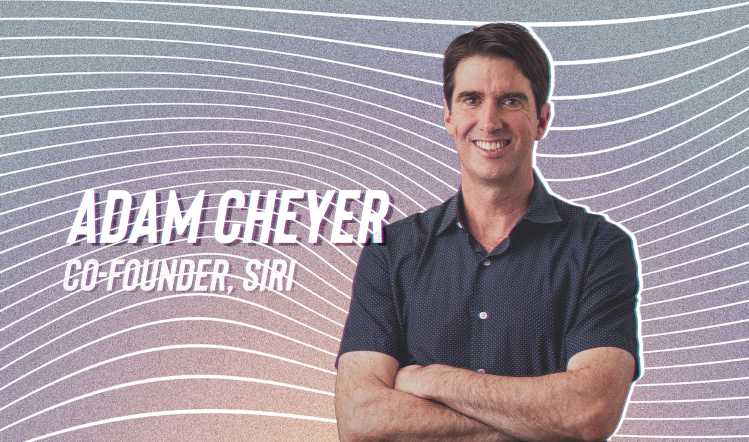 Adam Cheyer is an inventor, entrepreneur, engineering executive, and pioneer in artificial intelligence and computers human interfaces. Along with co-founding Siri, he has co-founded Viv (Bixby, acquired by Samsung) and is a founding member of Change.org, the world's largest petition platform.

We spoke with Adam about the benefits of experimentation and allowing data to drive product decisions. You can listen to the full talk here: https://www.youtube.com/watch?v=n_qeKiMd-Fs.

What kind of experiments did you perform to ensure that you and your team were building the right thing?

Adam: When Ben Rattray, the CEO, and founder of Change.org, came to Silicon Valley, we were introduced. I loved what he wanted to do, and it fitted many of my views, so we said, we're going to build a social network for social activism; this was in 2006 when social networking was taking off.

Myspace had just become the highest-trafficked website in the United States, and Facebook was growing fast and becoming popular. I made the first MVP, but we didn't know what would be needed. We instrumented everything well at change.org. We had great analytics about what every user clicked on, what they did, how much time they spent looking at things. We optimized and tried a million different versions of the site, with an incredible rapid iteration of features.

The features included a politics component that you could click to call your local congressperson. When the economy crashed, we had the most extensive job board for social causes. We tried a million things, but petitions seem to perform a little bit better. So we moved a little bit more to the middle and made petitions a little bit bigger.

A great deal of it was trying experiments, instrumenting everything. Yes, you have a vision; you have a plan, but you also have to let data lead you. Listen to the data. If something's working well and aligned with where you want to go, you have to follow it.

For example: In 2004, it was the 10th anniversary of the web. I made ten predictions for the next ten years, and I looked at things and made opinions. Where's the world going? Is it real, or is it a fad? Is it going to take off, or is it going to stay niched?

The predictions and opinions are the trends. My best predictions led directly to me making companies. My 2004 best predictions were: Social networking will take off. Data would move to a cloud. Machine learning will be essential. A new interface would emerge.

Many people said it would fail when the iPhone came out because only phone companies could make smartphones. Based on the prediction using trends and triggers, I knew that this is what I had been waiting for, so I said, "Not only will the iPhone be successful. Two years from now, the whole industry will be shaken up. These other phone companies will be desperate to compete with Apple because they have just flipped the game. What they're going to need is something to compete with the iPhone."

iPhones were small and were hard to type, and it took a long time to get the results people wanted. So we made it easy to tell an iPhone what to do rather than physically typing. That's what the companies who want to compete with Apple will need. The irony is Apple saw it before them and made a move first by acquiring Siri.

The idea is to have beliefs. When you see a trigger event like an iPhone along the trend line, you can now predict the future, figure out what will be needed in those two years from now, and then build what's needed. That way, you will hit it spot on, not too early, or not too late.